The ASEAN Regional Integration Support by the EU (ARISE) programme is a technical co-operation facility.

The European Union (EU) and the Association of Southeast Asian Nations (ASEAN) have been dialogue partners since 1977. This bond between the EU and ASEAN has grown stronger and closer over the past 40 years and has paved the way for renewed engagements.

The two regions share close trade relationships. This is based on the fact that the EU is ASEANs second largest trade partner while ASEAN is the EUs third largest trade partner which makes economic and trade relations between the two regions of great interest and importance. The EU wishes to continue sharing its immense experience and success in economic integration, the establishment of a single market and the removal of technical, legal and administrative barriers to trade with ASEAN through, among others, technical support programmes.

One such technical support previously provided by the EU to ASEAN between 2013 to 2016 in trade facilitation in the region was the ASEAN Regional Integration Support from the European Union (ARISE). The project included three components i) high level capacity building ii) support to the realization of the single market for goods and iii) ASEAN Secretariat capacity building and was funded by a global EU contribution of 22 million. Acting on the encouraging feedback from ASEAN and building on the accomplishments of ARISE, the EU has decided to continue its support in trade facilitation to ASEAN through ARISE Plus.

ARISE Plus (2017 to 2022) has been designed to further extend the EUs commitment in supporting the ASEAN region in trade facilitation. ARISE Plus builds on the efforts and success of ARISE. ARISE Plus is guided by its 4 main components i) trade facilitation and transparency ii) standards and conformity assessment in particular healthcare and agro-based products iii) customs, transport and ACTS and iv) ASEAN economic integration monitoring and statistics. The technical assistance extended by ARISE Plus and its built-in demand driven feature will further support greater economic integration in ASEAN through the implementation of the ASEAN Economic Community Blueprint (AECB) 2025 and strengthen the institutional capacity of the ASEAN Secretariat and its sectoral bodies.

ARISE Plus for the next four years will continue to strengthen the bond between EU and ASEAN through trade related technical assistance provided to the region and will indirectly contribute to the desire and collective will of a sustained economic growth of the ASEAN charter.

People Who Make It Work Mr. Paul Mandl is a specialist of economic regional integration with over 20 years of specific experience in the field and over 10 years cumulated experience in ASEAN itself. Paul brings to the project more than 8 years of experience as Team Leader managing complex technical assistance programme and team of international experts with diverse technical backgrounds. He has been working in the ASEAN region since 2007, has been closely associated to APRIS 2 and, more importantly, he has been managing the ARISE project over the past four and a half years. He has a deep and comprehensive knowledge of the matters to be addressed under this technical assistance, a detailed understanding of the activities to be implemented and necessary working relationships established with key decision makers in ASEC, ASEAN institutions, AMS authorities and EU Delegations concerned by the ARISE Plus programme. 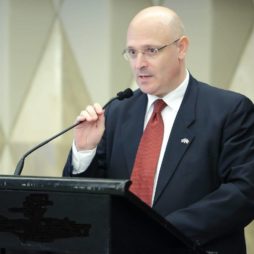 Mr. Paolo R. Vergano is an international trade lawyer with renown expertise in WTO, EU and ASEAN law. He has been working in the ASEAN region on trade facilitation issues since 2003, through the provision of policy and legal advice to ASEAN institutions and ASEAN Member States. Paolo brings his experience of over 20 years of engagement with private sector, trade associations, governments and regional organizations on issues of trade facilitation, NTMs/NTBs, particularly SPS and TBT regulation, market access and public-private dialogue, gained in different regional fora, including ASEAN, EU, CARICOM and CEFTA. He has been one of the Key Experts under the predecessor programmes to ARISE Plus, namely ARISE (2012-2017) and APRIS 2 (2007-2011). 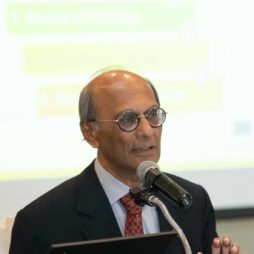 Mr. Rajinder Raj Sud is responsible for Standards and Conformance. He holds a BA in mechanical engineering and brings to the project 30 years of professional experience in the field of standards and conformance in the ASEAN region. This experience was gained working for one of the standardisation bodies of an ASEAN Member State (Malaysia), through which he was exposed to the process of regional integration since 1998. Rajinder has worked on various EU financed TA projects and in particular as Key Expert for standards and conformance under ARISE. 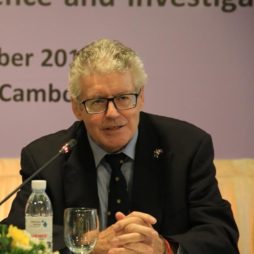 Mr. Glyn Evans is equipped with a specific experience of over 30 years in customs and transport facilitation and an in-depth exposure to the problematics of the ASEAN region since 2009, Glyn is well aware of the challenges to be overcome, in particular in the perspective of the ACTS roll-out. His skills in ICT automated systems (ACTS, NCTS) and his successful performance under the ARISE project greatly facilitates the successful completion of envisaged tasks related to Customs and transit facilitation under ARISE Plus.