The Joint ASEAN-ESCAP-ARISE Plus webinar on “Streamlining Customs Formalities for International Railway Transport among ASEAN Member States” was held virtually on 17-18 February 2022 and co-hosted jointly by ASEAN and ESCAP Secretariat and in collaboration with ARISE Plus.

The objectives of this webinar were to share information and good practices on streamlining customs formalities for international railway transport and to deliberate on the possibility to use ASEAN Customs Transit System (ACTS) to facilitate railway cargo transit operations among the ASEAN Member States with relevant railway infrastructure.

The webinar was supported by participation from Customs and Transport Officials from Cambodia, Indonesia, Lao PDR, Malaysia, Myanmar, Philippines, Singapore, Thailand, and Vietnam. A total of 66 participants took part in the 2-day webinar. International experts from ESCAP, the Organisation for Co-operation Between Railways (OSJD)and the European Union Agency for Railways (ERA) shared their experiences and lessons learned from railway operations in Turkey, Central Asia and Europe.

ARISE Plus expert presented the way forward in extending the use of ACTS to support transit movements across ASEAN member states using railways as an additional means of transport or as part of a multi-modal transport of goods using railway and road.

During the “Questions and Answer” sessions, numerous issues were raised and discussed with general consensus that railway transport is the right choice for an additional means of transport under ACTS at this stage, as roads are seen to be too congested and a decrease in the CO2 emissions can be facilitated using railway by ASEAN member states particularly in view of the Paris Climate Agreement. In addition, railway provides for more secure and reliable transport mode for goods in transit from the perspective of Customs Authorities of ASEAN member states in view of protection of public revenues and safety and security of society.

Key outcomes of the webinar included the identification of priority areas for future actions and recommendations on the necessary steps required for the implementation of enhancements of ACTS to include railway as additional means of transport..

Looking forward towards implementation of railway support and the long-term plan to support multi-modal transport in ACTS, the priority areas and recommendations of the meeting included: 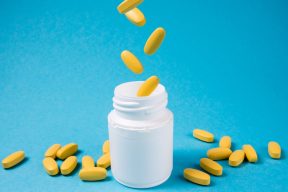 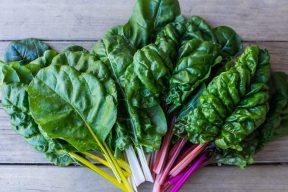 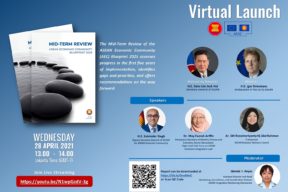 Workshop on Updating the ASEAN Guidelines on Harmonisation of Standards